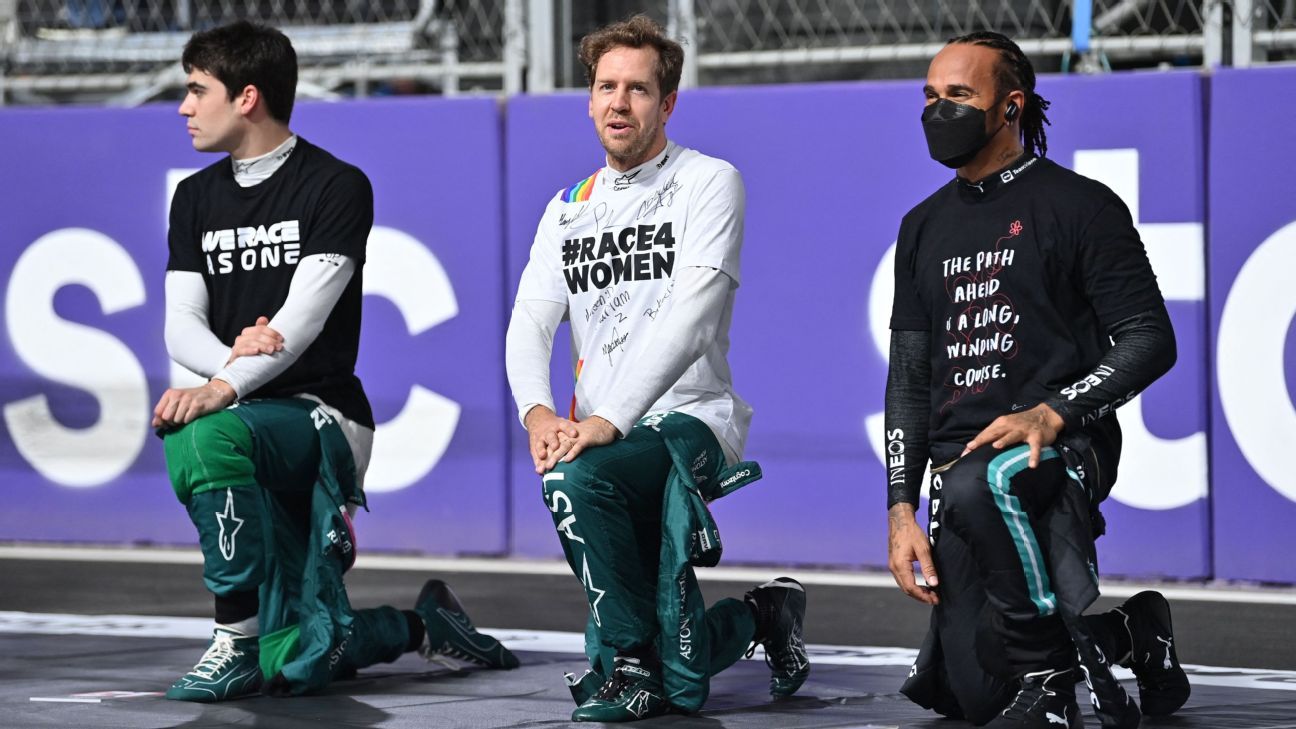 Formula One drivers must not use the platform provided by the International Automobile Federation (FIA) to make statements for their own “personal agenda”, the sport’s governing body president Mohammed Ben Sulayem said on Tuesday.

Formula One drivers will need prior written permission from the sport’s governing body to make “political, religious and personal statements” from next season following an update of the International Sporting Code.

Unless the FIA grants approval in writing, drivers who make such statements will now be in breach of the rules.

“We are concerned with building bridges. You can use sport for peace reasons… But one thing we don’t want is to have the FIA as a platform for private personal agenda,” Ben Sulayem told reporters.

“We will divert from the sport. What does the driver do best? Driving. They are so good at it, and they make the business, they make the show, they are the stars. Nobody is stopping them.

Former champions Lewis Hamilton and Sebastian Vettel were among the high-profile drivers who made such statements in recent seasons.

Hamilton has stood up for human rights and racial equality while also addressing LGBTQ+ rights in conservative countries like Saudi Arabia which has held two races since 2021.

Ben Sulayem rejected the notion that the FIA was shutting down drivers, saying he wanted to “improve and clean up” the sport.

“I have my own personal things, OK, but it doesn’t mean I will use the FIA to do it,” said Ben Sulayem, a former rally driver from the United Arab Emirates.

“The FIA should be neutral, I believe. We need the superstars in to make the sport.

“If there is anything, you take the permission. If not, if they make any other mistake, it’s like speeding in the pit lane. If you do it, it’s very clear what you get.”