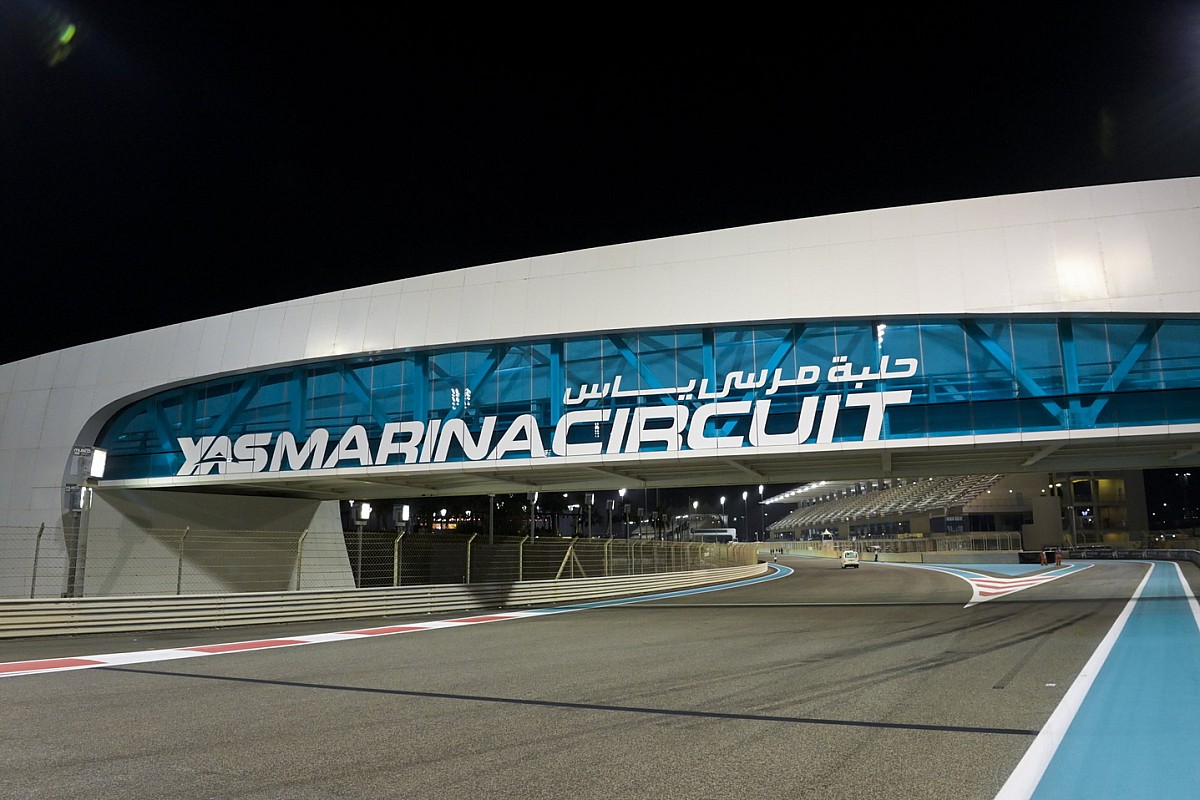 Despite both world titles being wrapped up, the F1 paddock will arrive at the Yas Marina circuit fresh from a dramatic and controversial Brazilian round last weekend.

Mercedes broke its winless streak as George Russell took his maiden F1 victory in a 1-2 ahead of team-mate Lewis Hamilton.

Hamilton clashed with rival Max Verstappen early in the Brazilian GP, while the world champion also hit the headlines for disobeying Red Bull team orders to let team-mate Sergio Perez overtake him on the last lap in order to aid the Mexican’s bid for the runner-up spot in the drivers’ world championship.

Elsewhere, Ferrari endured its latest round of frustrations and Alpine team-mates Esteban Ocon and Fernando Alonso clashed at Interlagos.

In Abu Dhabi, F1 will say goodbye to four-time world champion Sebastian Vettel who retires at the end of the season, while also saying farewell to Daniel Ricciardo and Nicholas Latifi who drop off the grid for 2023 – with Mick Schumacher’s future yet to be decided. 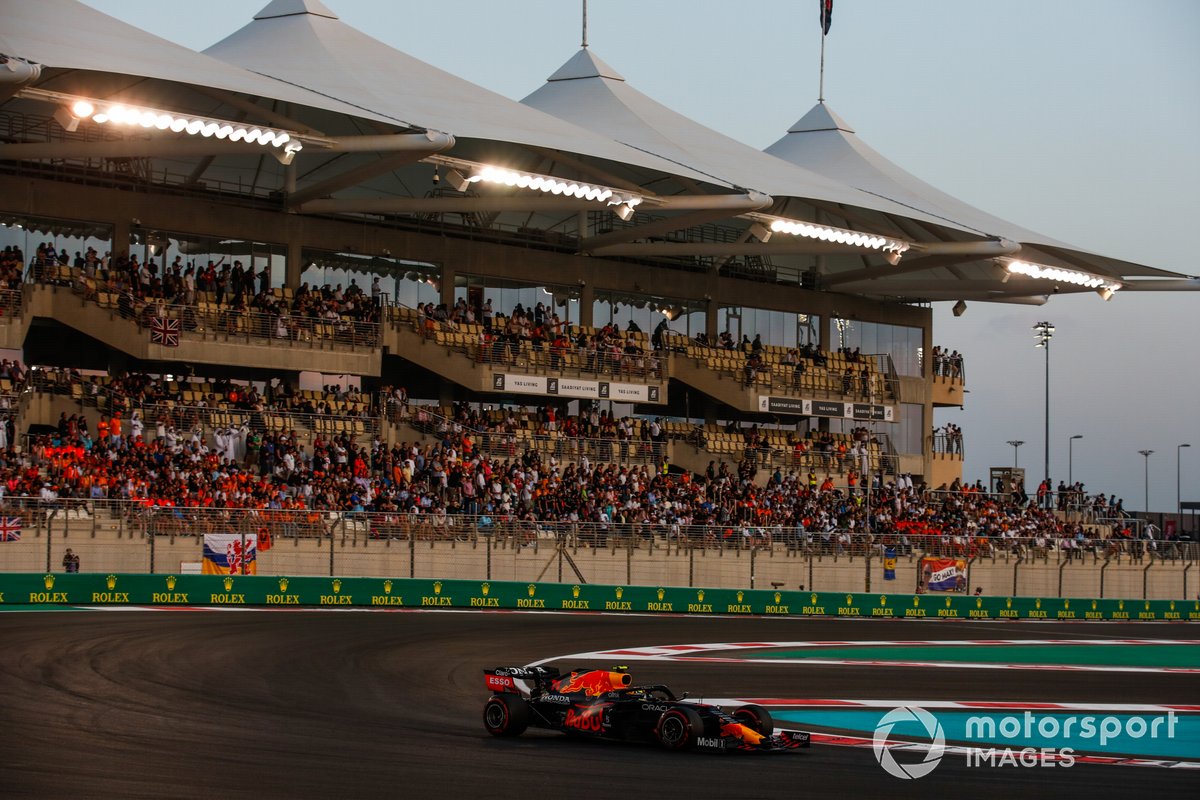 In the F1 world drivers’ championship, Leclerc and Perez go into the final round tied on points in the battle for the runner-up spot in the standings, with the Ferrari driver ahead on wins countback.

Therefore, whoever finishes ahead will take the runner-up spot, unless both fail to score then Leclerc will keep second place due to his three wins this year against Perez’s two.

Further back, five points split Alfa Romeo in sixth and Aston Martin in seventh, while two points split Haas in eighth and AlphaTauri in ninth.

In regards to what needs to be decided for 2023, Logan Sargeant needs to finish sixth or higher in the FIA Formula 2 championship standings at the Abu Dhabi finale to secure a superlicence and confirm his place in the Williams driver line-up.

Haas is also due to announce who will partner Kevin Magnussen in its driver line-up for next season, with the call set to be between Mick Schumacher and Nico Hulkenberg. 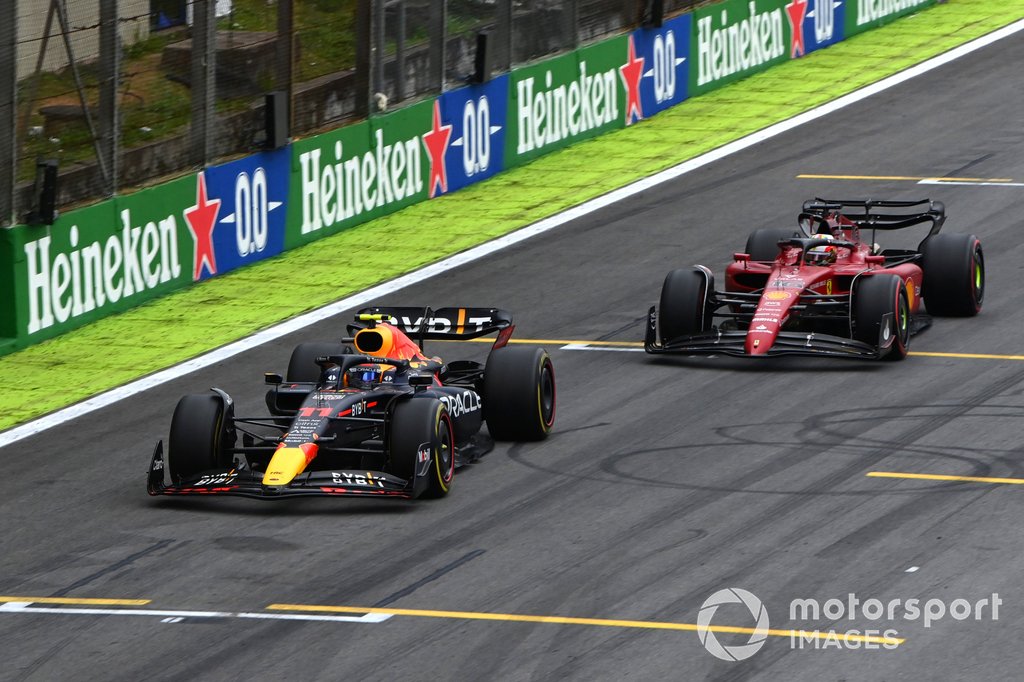 How can I watch Formula 1?

In the United Kingdom Formula 1 is only broadcast live on Sky Sports, with highlights shown on Channel 4 several hours after the race has finished. Live streaming through NOW is also available in the UK.

Sky Sports F1, which broadcasts the F1 races, can be added as part of the Sky Sports channels which costs £20 a month for new customers. Sky Sports can also be accessed through NOW with a one-off day payment of £11.98p or a month membership of £33.99p per month.

Fans wanting to watch the race for free will have to wait until the Saturday night (qualifying) or Sunday night (race) to see the highlights on Channel 4. 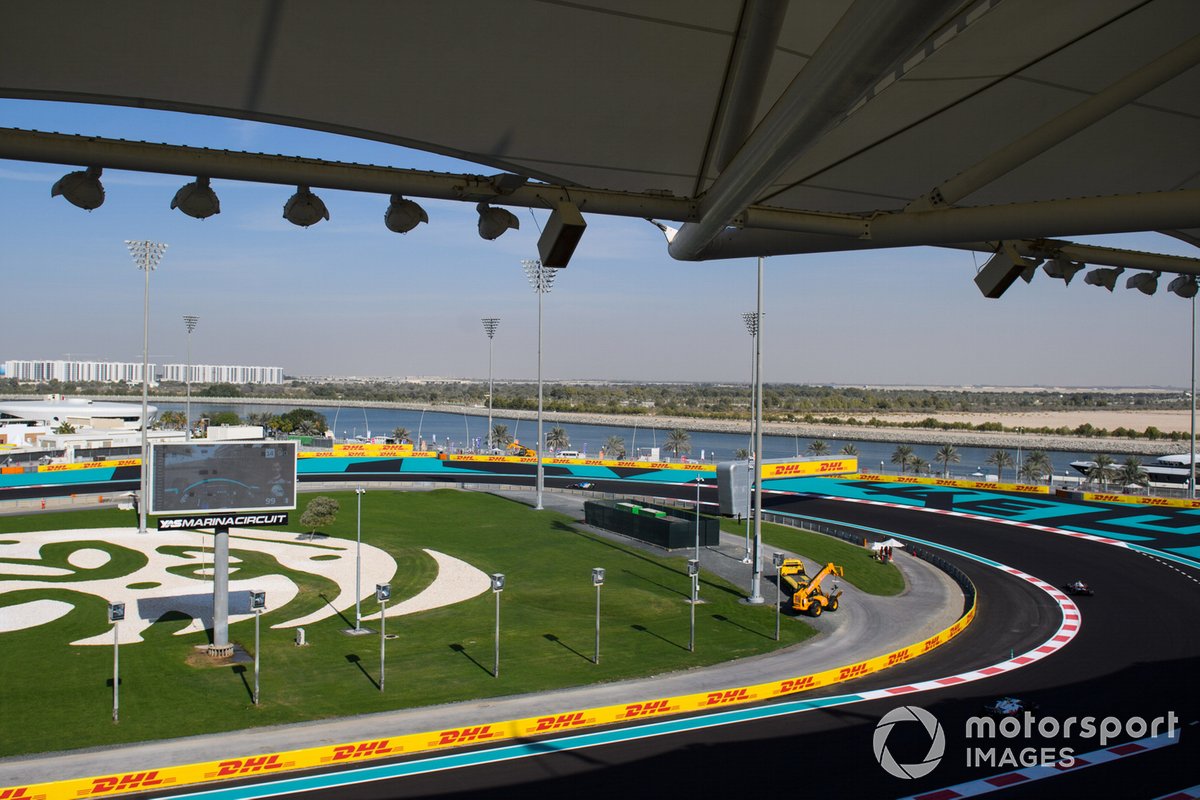 How can I watch the Abu Dhabi GP?

Sky Sports has live and exclusive broadcasting rights in the United Kingdom, with the build-up to the F1 Abu Dhabi GP race starting from 11:30am on Sky Sports F1 and 12:30pm on Sky Sports Main Event ahead of lights out at 1:00pm.

When can I watch the Abu Dhabi GP highlights?

Channel 4 has the rights to show the Abu Dhabi GP highlights of qualifying and the full grand prix.

Will the Abu Dhabi GP be on the radio?

Live radio coverage of every practice, qualifying and race for the 2022 F1 season will be available on the BBC Radio 5 Live or 5 Live Sports Extra stations and via the BBC Sport website.

Coverage of the Abu Dhabi GP will start at 1:00pm GMT on BBC Radio 5 Live and the BBC Sounds app.

The Yas Marina circuit is set for warm and sunny conditions throughout the race weekend, with a low chance of rain. Highs of 29 degrees Celsius are predicted on Sunday for the start of the race, two degrees warmer than the Brazilian GP last time out. 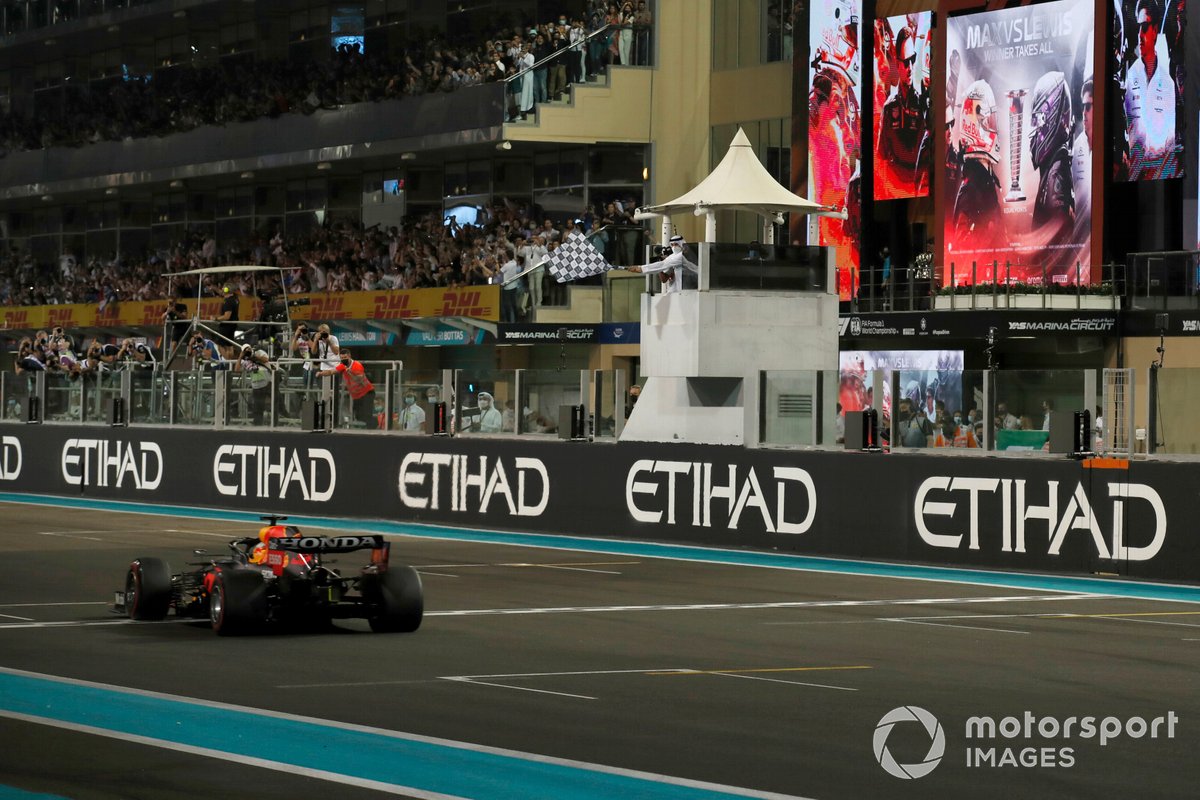