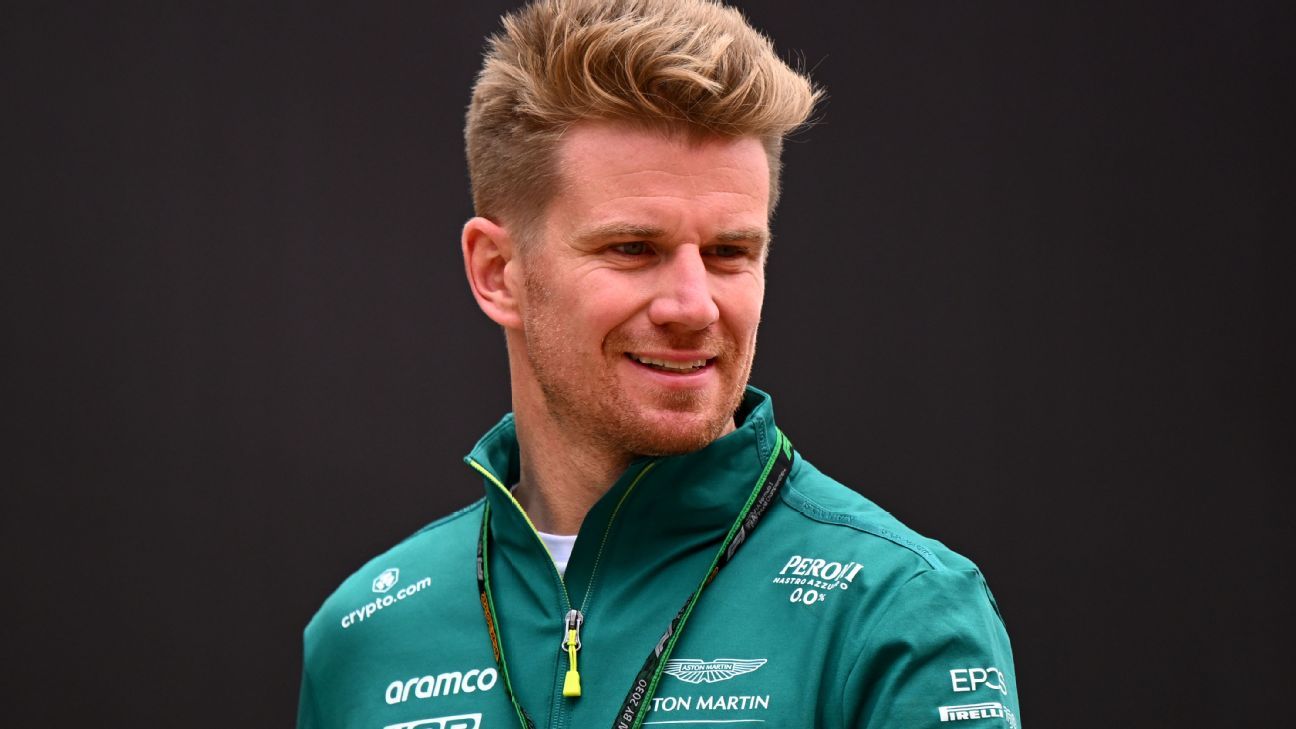 Nico Hulkenberg will replace Mick Schumacher at Haas next year, the Formula One team has confirmed.

Hulkenberg, 35, has not had a full-time F1 drive since 2019 but made four appearances in the last two years as a COVID-19 super-sub.

He made his F1 debut in 2010 with Williams and has driven for Force India, Sauber, Racing Point and Aston Martin since then, as well as winning Le Mans with Porsche in 2015.

“I’m very happy to move into a full-time race seat with Haas F1 Team in 2023,” Hulkenberg said. “I feel like I never really left Formula One.

“I’m excited to have the opportunity to do what I love the most again and want to thank Gene Haas and Guenther Steiner for their trust. We have work ahead of us to be able to compete with all the other teams in the midfield, and I cannot wait to join that battle again.”

Schumacher, who joined Haas at the start of 2021, is now without a drive for next year, with all ten teams confirming their intended line-ups for 2023. It leaves the 23-year-old with an uncertain future.

The son of seven-time world champion Michael Schumacher has been part of Ferrari’s academy since 2019, but is not expected to be affiliated with the famous Italian team beyond the end of this season.

One option for Schumacher could be joining a different team as a reserve, with Mercedes rumoured to be a potential landing spot for the former F2 champion.

Although he scored points at two races this year, Schumacher has been involved in a costly series of accidents in his time with Haas, which are believed to have been a key factor for the team not continuing with him for a third season.

“I would like to thank Mick Schumacher for his contribution to the team over the past couple of years,” Haas team principal Guenther Steiner said. “Mick’s pedigree in the junior categories was well known and he has continued to grow and develop as a driver in his time with Haas F1 Team — culminating in his first Formula One points-scoring successes earlier this season.

“While choosing to go in separate directions for the future the entire team wishes Mick well for the next steps in his career path and beyond.”

Hulkenberg will partner Kevin Magnussen, with Haas once again favouring experience over youth.

The American team struggled in 2021 with two rookies as Schumacher was joined by Russian Nikita Mazepin in an underperforming car.

Magnussen, who replaced Mazepin at the start of this year following Russia’s invasion of Ukraine, claimed Haas’ first pole position in F1 at the Brazilian Grand Prix last week.

Magnussen has also scored 25 of the team’s 37 points so far this year, which sees Haas lead AlphaTauri by two points for eighth place in the standings going into the final round in Abu Dhabi this weekend.