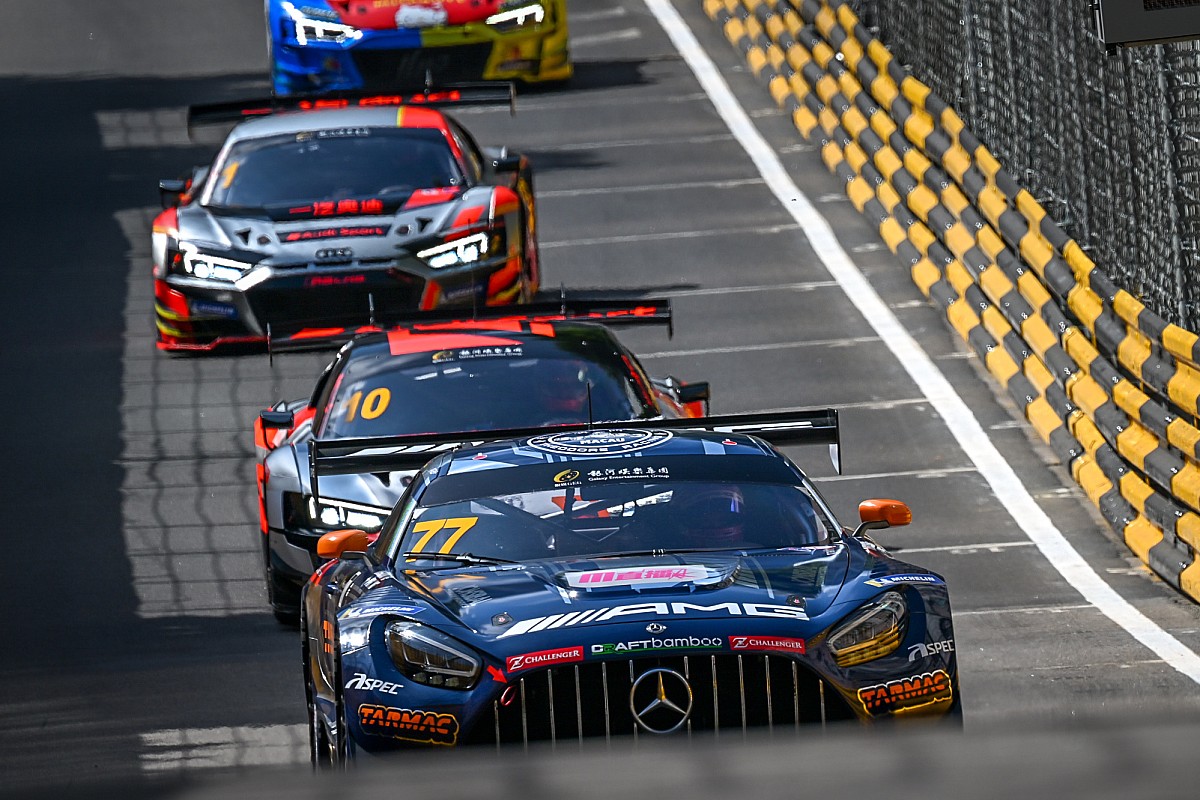 The shortened eight-lapper got off to a thrilling start thanks to Mercedes pair Engel and Marciello.

They went through the first two corners side-by-side as they squabbled over critical track position, Marciello winning out through Mandarin to grab the lead.

He was able to immediately put some breathing space between his TORO Racing-run AMG and the Engel’s Craft-Bamboo entry, but the lead was short-lived, as on the second lap Marciello’s race unravelled when he fired down the escape road at the Melco Hairpin, ending his hopes of a second Macau GT Cup crown.

Moments later the race was neutralised by the safety car to allow Leong Ian Veng’s stationary BMW to be retrieved from the Solitude Esses.

It proved to be a lengthy caution, too, the race only going green again with two of the eight laps to run.

Edoardo Mortara did his best to take the fight to Engel over the two-lap dash to the flag, but the German held his nerve to win the race.

The victory makes Engel a three-time Macau GT Cup winner, this triumph now sitting alongside his 2014 and 2015 efforts.

“It feels amazing to get another main race win,” said Engel. “We came close on many occasion throughout then years but never quite got it done. To do it with Craft-Bamboo Racing, which is Hong Kong-based, is amazing.

“It is still challenging times at the moment so I want to say thank you to all the people who are not here, who were helping us remotely. Both engineering-wise at Craft-Bamboo and Mercedes AMG back in Affalterbach. A big thank you to them. They were waking up at crazy times to join the debriefs and help us this weekend.

“It was definitely more challenging that expected with Raffaele. He made a great start and we were side-by-side through Mandarin.

“I knew I had to do everything I could to stay close and put pressure on him. I’m not sure what happened [to him] but obviously we’re very happy with this win.”

Ling came home fourth ahead of Chen Wei An (Ferrari) and Adderly Fong (Audi), who recovered well from his opening race crash.