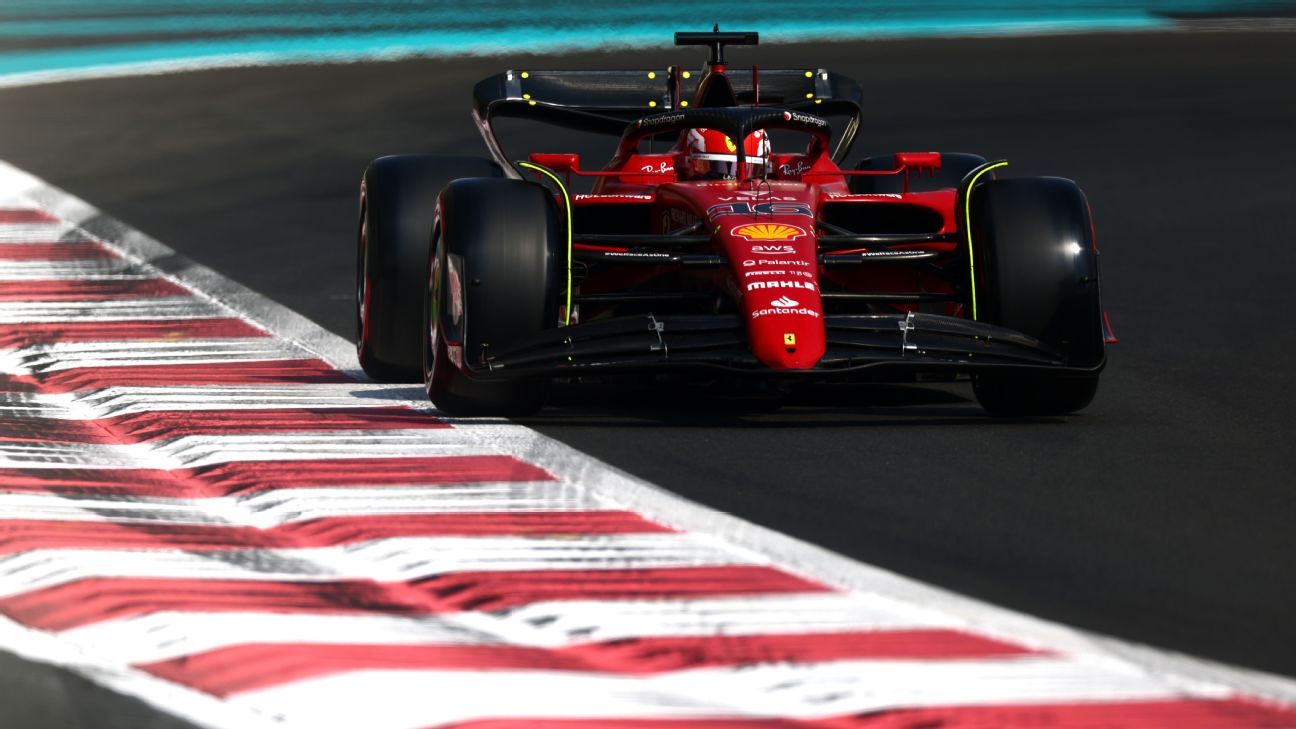 Ferrari finished the 2022 season as it started it, with its team setting the fastest time of a test session.

Carlos Sainz led the way on a 1:25.245s, with Charles Leclerc and junior driver Robert Schwartzman both finishing with 0.1s during their respective runs in the car.

Ferrari’s early promise failed to materialise into a championship challenge this year and it won just five races across the season.

Leclerc secured runners-up spot in the championship just 48 hours before the final test of the year.

The times set during an end of season test often have to be taken with a pinch of salt, with so much going on across the day.

Pierre Gasly was one of six drivers familiarising himself with his 2023 car. Gasly raced for AlphaTauri on Sunday but was driving for Alpine on Tuesday and he completed 130 laps, setting the fourth fastest time.

Max Verstappen dominated the season with 15 victories, including at Sunday’s Abu Dhabi Grand Prix, and finished fifth for Red Bull, ahead of former teammate Alex Albon in the Williams.

Logan Sargeant, who will join Albon at Williams next year, completed 82 laps for his new team.

Nyck de Vries was the busiest driver of the day and completed 151 laps for new team AlphaTauri.

Jack Doohan, son of motorbike racing legend Mick, did the same number of laps for Alpine. Doohan was considered an outside bet for the race seat which eventually went to Gasly but will likely be a contender for an F1 seat in 2024.

After the test, Alonso said he expects big things from his new team.

“I only continue [in F1] because I believe we will have a chance,” Alonso said. “Next year to close the gap is unrealistic, but we need to put the baseline for future cars and to work better than the people around us.

McLaren’s new arrival Oscar Piastri completed 123 laps while Nico Hulkenberg, who will return in 2023, did 110 laps for the Haas team.

Lewis Hamilton, Lando Norris and George Russell also had stints behind the wheel at the final track session of the year.