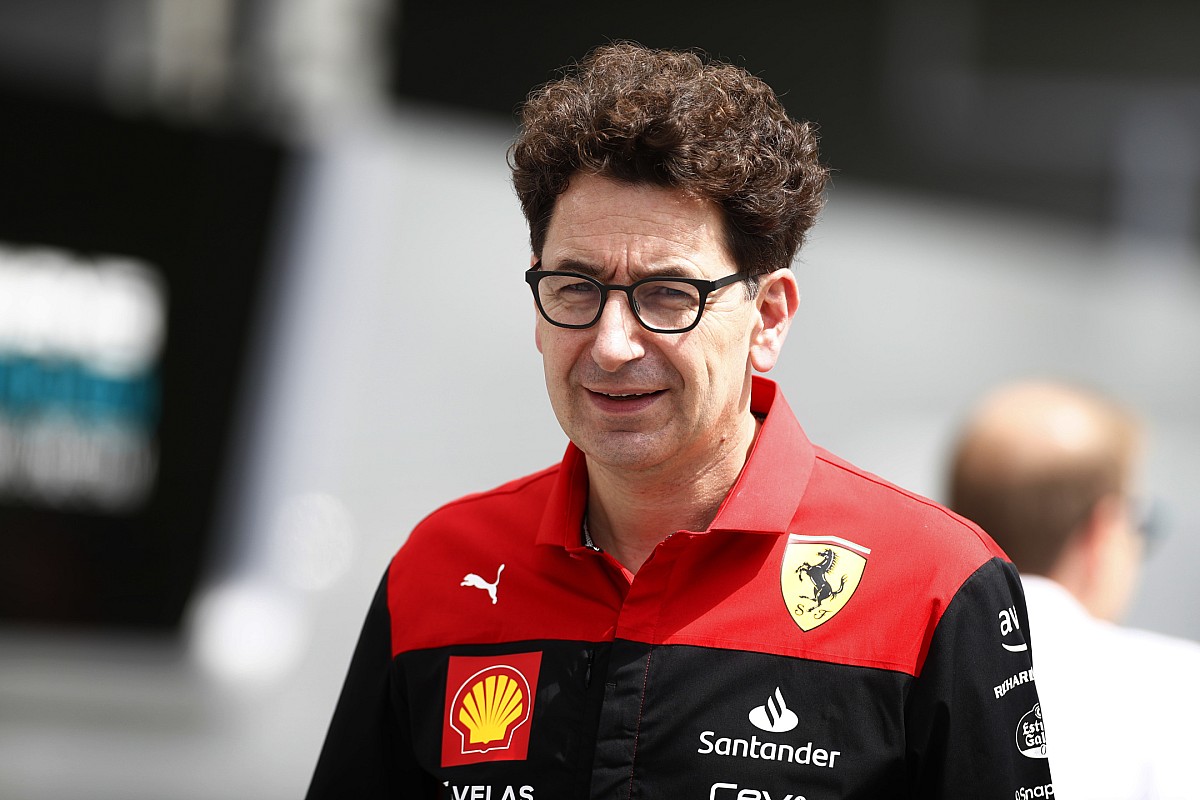 Binotto had found himself at the centre of F1’s rumour mill on the eve of the season finale in Abu Dhabi when stories emerged that Ferrari was lining up Alfa Romeo boss Fred Vasseur to replace him.

Ferrari moved quickly to deny the story though, with Binotto and the team’s drivers repeatedly playing down talk of a change over the Abu Dhabi weekend.

However, the matter appears to have not gone away and a report in well-connected Italian newspaper Corriere della Sera on Friday suggested that Binotto was on the verge of announcing his resignation.

The stories suggested that negotiations were underway between Binotto and Ferrari’s senior management to agree on the terms of his exit. It was suggested that a formal announcement from the team could be made as early as Friday.

Ferrari said on Friday that there was nothing “official” to say on the matter.

Corriere della Sera claimed that Binotto had come to the conclusion that he should not continue at Ferrari because he did not feel he had the full trust of president John Elkann.

It was as recently as the Italian GP that Elkann moved to dismiss any talk that Binotto’s place at Ferrari was under threat in the wake of its failure to launch a better challenge against Red Bull this season.

PLUS: The steps Verstappen and Red Bull took to expose Ferrari’s 2022 failings

However, he did make a clear point of suggesting that the squad needed to iron out critical errors that had cost it valuable points this season.

“We have great faith in Mattia Binotto and appreciate everything he and all our engineers have done, but there is no doubt that the work in Maranello, in the garage, on the pit wall and at the wheel needs to improve,” Elkann told Gazzetta dello Sport. 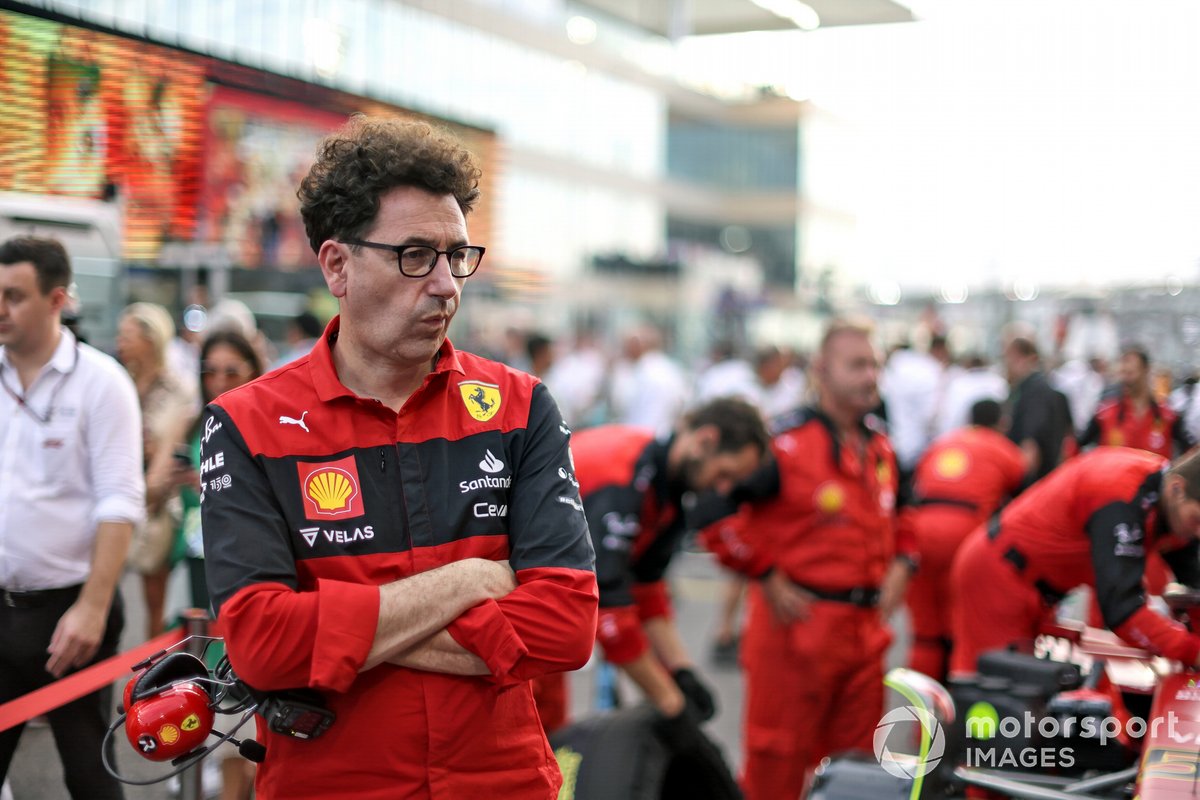 “We must continue to make progress and that goes for the mechanics, the engineers, the drivers and obviously, the entire management team, including the team principal.

“We have seen that there are still too many mistakes when it comes to reliability, driving and strategy.

“Putting our trust in Binotto and his team was the right decision and it has paid off. Thanks to them we are competitive and winning again. But I am not satisfied because I think we can always do better.”

In Abu Dhabi last weekend, Binotto said he had again received assurances from Elkann about his future in the wake of the Vasseur stories.

“Obviously when this speculation came out, I had a chat with my chairman, John Elkann,” said Binotto.

It is unclear if things have changed since the Abu Dhabi GP, where Ferrari achieved its weekend aims in securing second place in the constructors’ championship, with Charles Leclerc securing the runner-up spot.

PLUS: The Abu Dhabi momentum that can propel Leclerc and Ferrari to F1 2023 success

Reflecting on the events of the 2022 campaign in Abu Dhabi, Binotto said that dealing with pressures from outside had been difficult to manage.

“It has certainly been a difficult one because criticism is never easy to be managed,” he explained. “And more than that, I think for me, somehow [I needed to] try to keep the team focused and concentrated on the job. 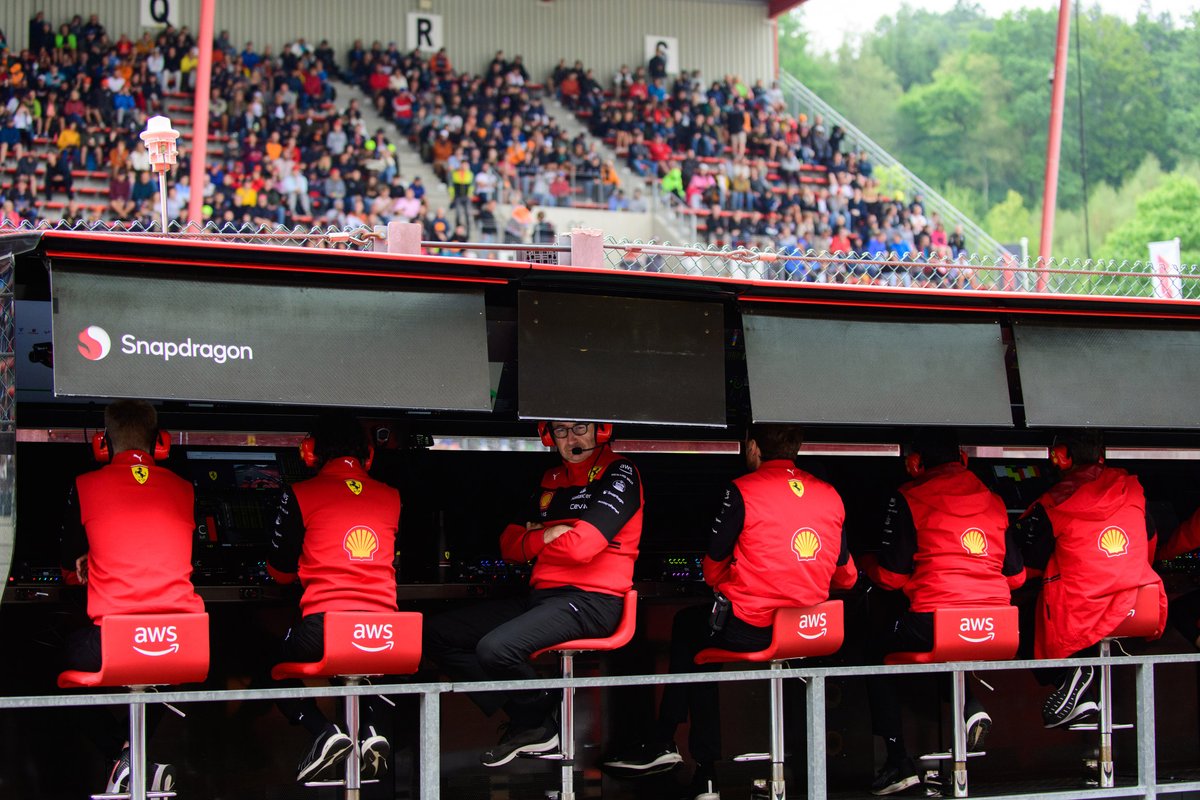 “The criticisms are there to distract a team, and keeping a team focused is never easy. It has been difficult, but I think that will make me only stronger in the future.

“I know that we need to count only on ourselves. That is the most important lesson of the season.”

When asked what the main improvement Ferrari needed to make from the 2022 campaign was, Binotto said: “I don’t think there is only one, because at the end, our up and downs were coming from different areas.

“As first, reliability, I would put it as top priority, because in order to win, you need to be reliable. It has not been the case in the season.

“The second is the speed of the car, because while we have been very competitive in quali, it has not always been the case in the race itself. And our race pace, whether it was tyre degradation or pure race pace, was not sufficient to fight for a better position.

“I think these are the two because, if you’ve got a fast and reliable car, then yes, you may do mistakes on strategies, on pitstops, which you can always compensate for through the fact that the car itself is fast and reliable.

“So it’s where we need to put our effort, knowing that still yes, the up and downs are as well strategies, and maybe different calls we may have done on the race weekend. But also we will review and improve certainly.”

Binotto has been a stalwart at Ferrari, having originally joined the team in 1995 and working his way through the ranks to become team principal at the start of 2019 as a replacement for Maurizio Arrivabene.

If Binotto’s exit from Ferrari is confirmed, then it will leave the team chasing a replacement ahead of a critical winter where it wants to make a step to progress on track in 2023.

Vasseur is a logical target, but one other option could be to make Ferrari CEO Benedetto Vigna a temporary stand-in to oversee matters as the team focuses on next year’s challenger.