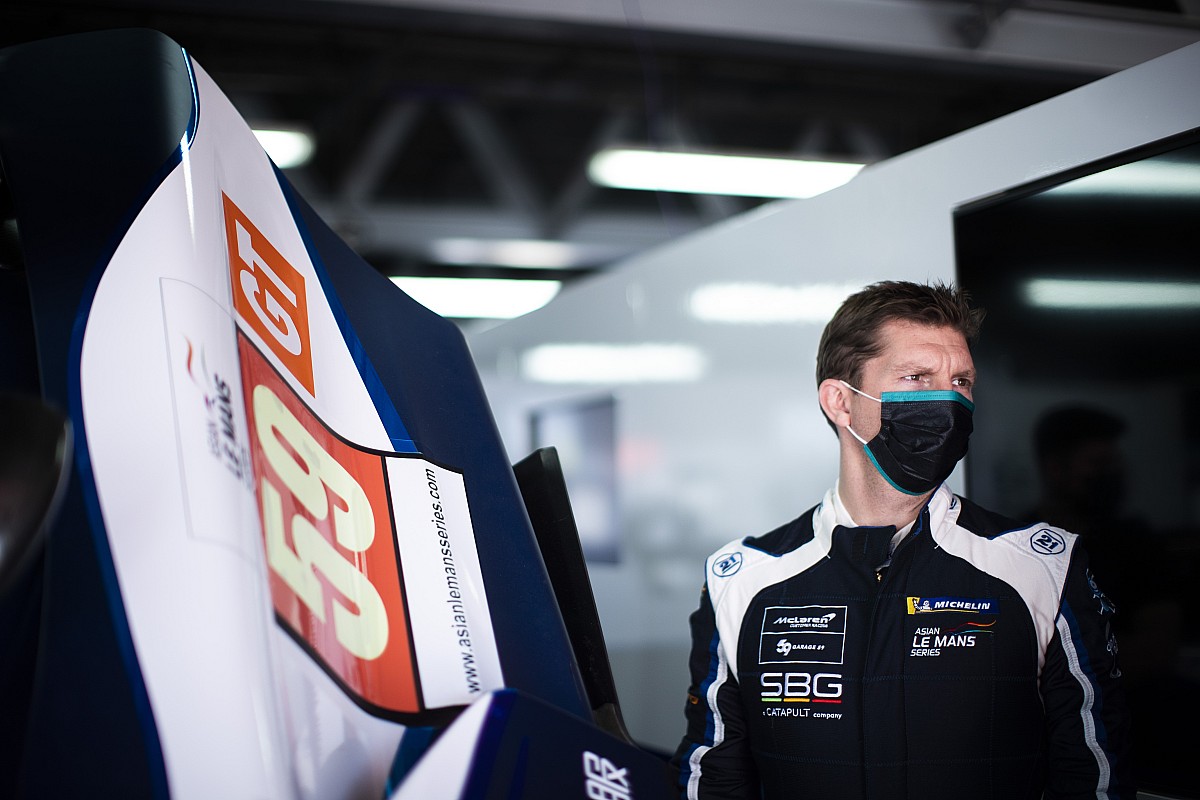 But for Mercedes chief strategist James Vowles, his focus right now is on getting himself back in action as soon as possible. Not from the pitwall, though, but actually out on track racing.

After an encouraging maiden campaign in the Asian Le Mans Series earlier this year, he is eager to return again for the 2023 season, as well as hopefully get an outing in the Gulf 12 Hours this month.

Much still depends on putting the financial package together but, after having his eyes opened by competing in GT3 machinery, he is doing all he can to get things across the line.

While Vowles is well-known to F1 fans as the man making the calls on the Mercedes pitwall for Lewis Hamilton and George Russell, his own racing exploits have been quite under the radar.

That’s partly because he didn’t want to make a big song and dance about it, in case he made an embarrassment of himself.

But after testing various cars, competing in club racing and the British Saloon Car Championship, in 2022 he stepped up to the Asian Le Mans Series, racing a McLaren GT3 car for Andrew Kirkaldy’s Garage 59 outfit.

He showed enough promise – and a pretty simple rating from Mercedes team boss Toto Wolff – to want to go back. 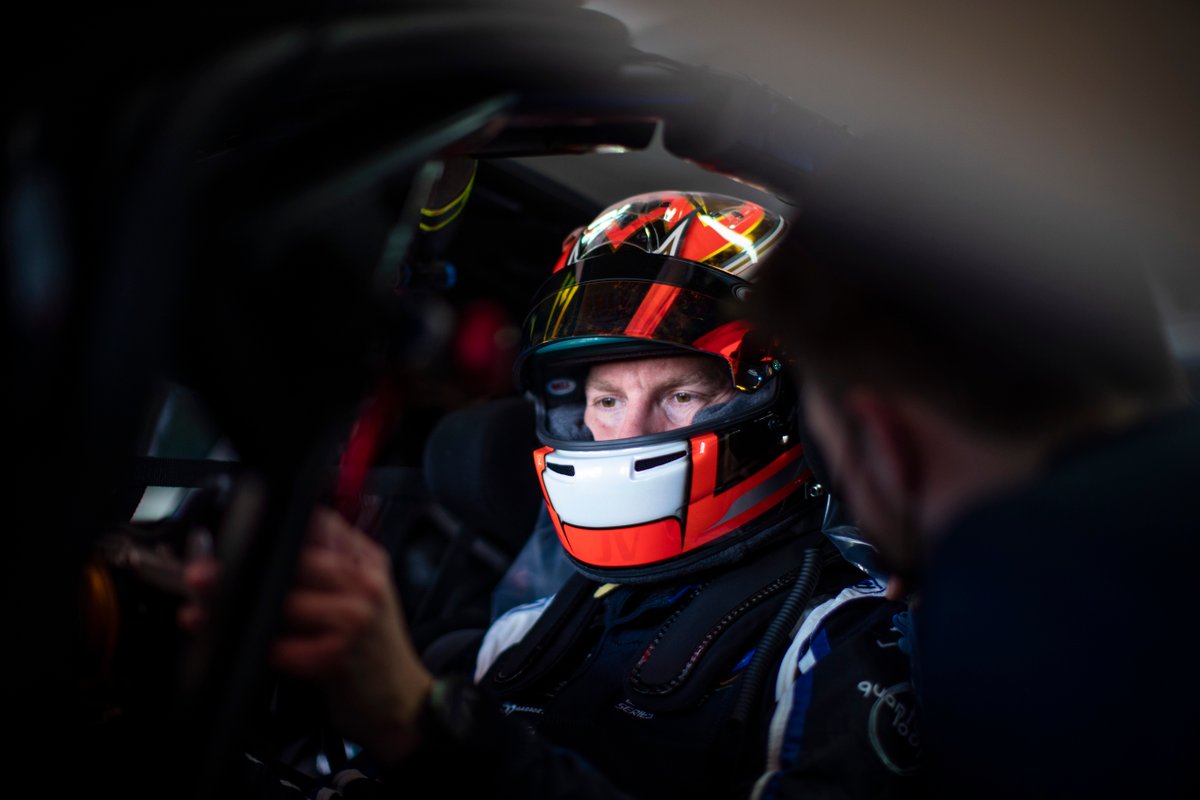 “I kept it quiet because in truth I didn’t know if I would be good enough,” he said this week, taking a break from testing a Lamborghini GT3 car with Iron Lynx at Paul Ricard.

“The Asian Le Mans series is literally the best of pretty much every manufacturer that turns up. Then there’s me!

“So what I didn’t want to do is do a tremendous amount of promotion for it, because you could just embarrass yourself. Now, as it turns out, and to quote Toto: I wasn’t shit…”

Vowles has no illusions of grandeur about his speed, and as a bronze driver readily admits to being an acceptable margin off the gold and platinum drivers that make up your typical sportscar squad.

However, that has not stopped him from revelling in the challenge of trying to improve his own performance – as well as having his eyes opened about how different perspectives are from a cockpit compared to the pitwall.

In fact, it’s the psychological aspect of driving that he has found especially fascinating

“You worry, and you wonder, if you’ve lost your ability to drive a racing car,” he says. “And I know, as odd as that sounds, I don’t have this ever at work.

“If you ask me how to do my job within the world of Mercedes, I’ve done it for 20 years, I’ve never lost my confidence.

“But if you ask me, am I still able to drive a GT3 car fast? If I was to answer in truth, you really do wonder if you’ve lost the ability to do it. I’ve spoken to a few drivers and it turns out this is a very common theme between them.

“So you have to go out and actually prove to yourself that you’re not a complete buffoon in order to get your confidence back. 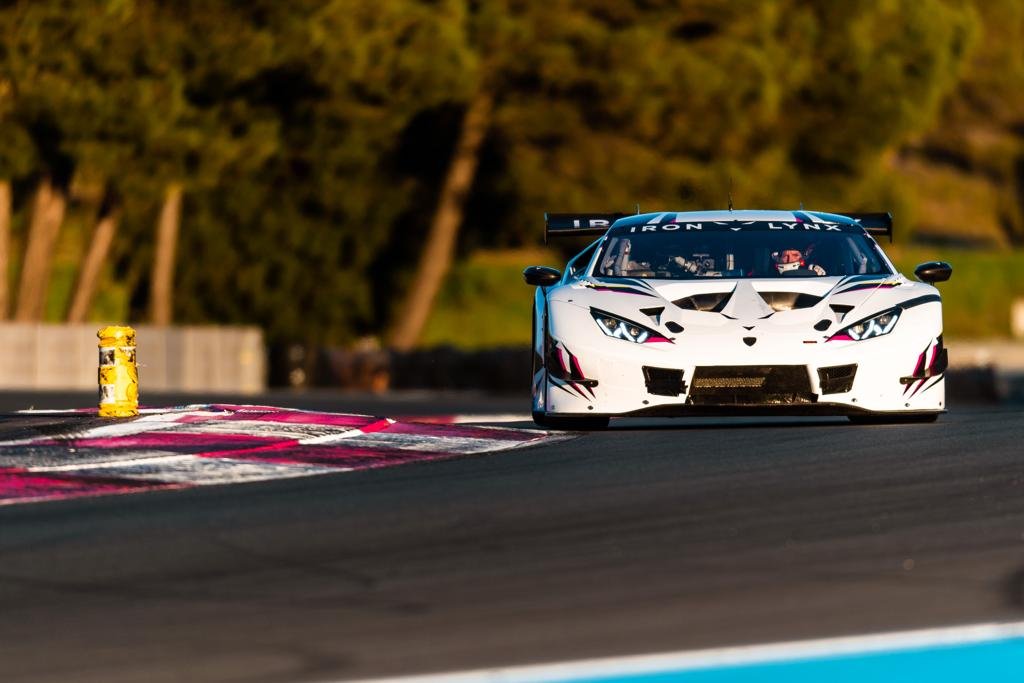 “And it’s even more exaggerated when racing. When you’re on a grid, in the case of Asian Le Mans with about 40 cars, and you’re lining up somewhere in a period of time where I was mid-grid at the time, I truthfully wondered before that race for the first time: am I doing the right thing? Have I made a huge, huge terrible error?

“But I’m glad I did it, because it pushes you to a completely different region you’ve never been to before.”

Vowles has noticed certain traits to his driving, constantly wanting to talk on the team radio through stints to update them on how things are going out on track. And also sometimes shouting into his helmet as he goes through high-speed corners.

But as the man who often takes an ear-bashing from Hamilton in races over strategy, there is no thought for him adopting such tactics with his Asian Le Mans squad.

“Lewis is the best in the world and I’m clearly not,” he smiles. “I’m very fortunate to have had the opportunity to even do this once, and hopefully I will get another time.

“I have probably 30/40 people that are just taking time away from their family to dedicate themselves to me, so I’m in an incredibly fortunate position. I more feel that I’m letting them down by perhaps being a few tenths off the pace at certain points.

“But with that all said and done. I completely get why Lewis gets caught up the way he does.

“The adrenaline rush that you get is like nothing else. What you are in control with is the pedals and the steering wheel, so when something else outside of your control, when you’ve done absolutely everything you can, falls away, I completely get why his frustrations come forward.

“Even without driving, I could have told you that. But I can understand it even more after doing this, because you really do have to give it your all.” 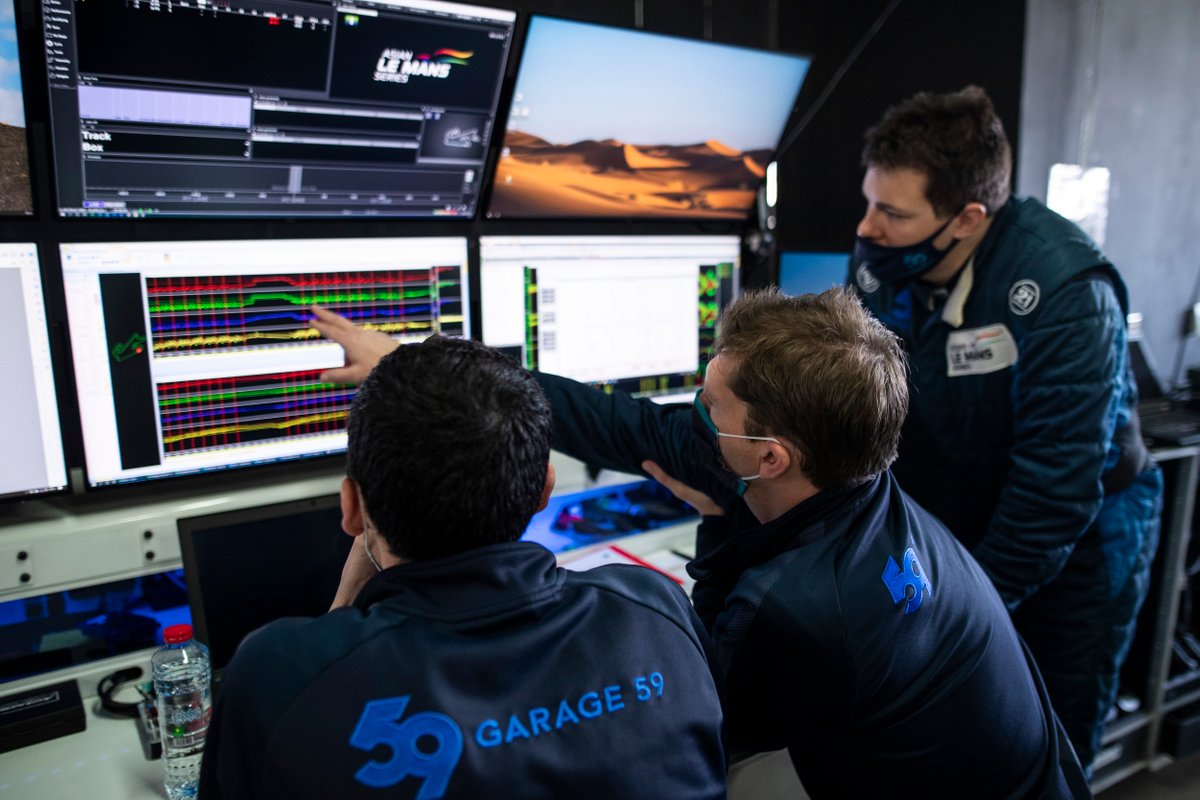 Vowles says that there are some core lessons he has learned from his racing that have helped him adapt his interactions with drivers on F1 weekends.

“I think definitely in the dealing with drivers yes, because I have a different appreciation for some of the things that we were not as good at doing previously,” he said when asked if there are new things he has taken on board.

“But probably not as many lessons as I’d like to admit. I think they are such separate entities and, as I said before, in one environment I’m confident: not to the level of being foolish, just confident because I’m quite good at doing it.

One thing that has not changed, though, is Vowles’ appreciation for the job that his team’s F1 drivers do. He says he has long known they are in a different league.

“Ten years ago I came to the realisation that the world realises how impressive they are,” he said.

“But the bit you certainly get an appreciation for is getting down to the last bit of lap time. The easy bit is getting within two second; the last two seconds are just horrible. At times, you’ll walk away going: ‘I can’t do this.’ It’s really the most frustrating feeling in the world.

“I was fortunate enough this year to go to Austin with Lewis, and, along with Toto, we were just messing around in GT Rs. 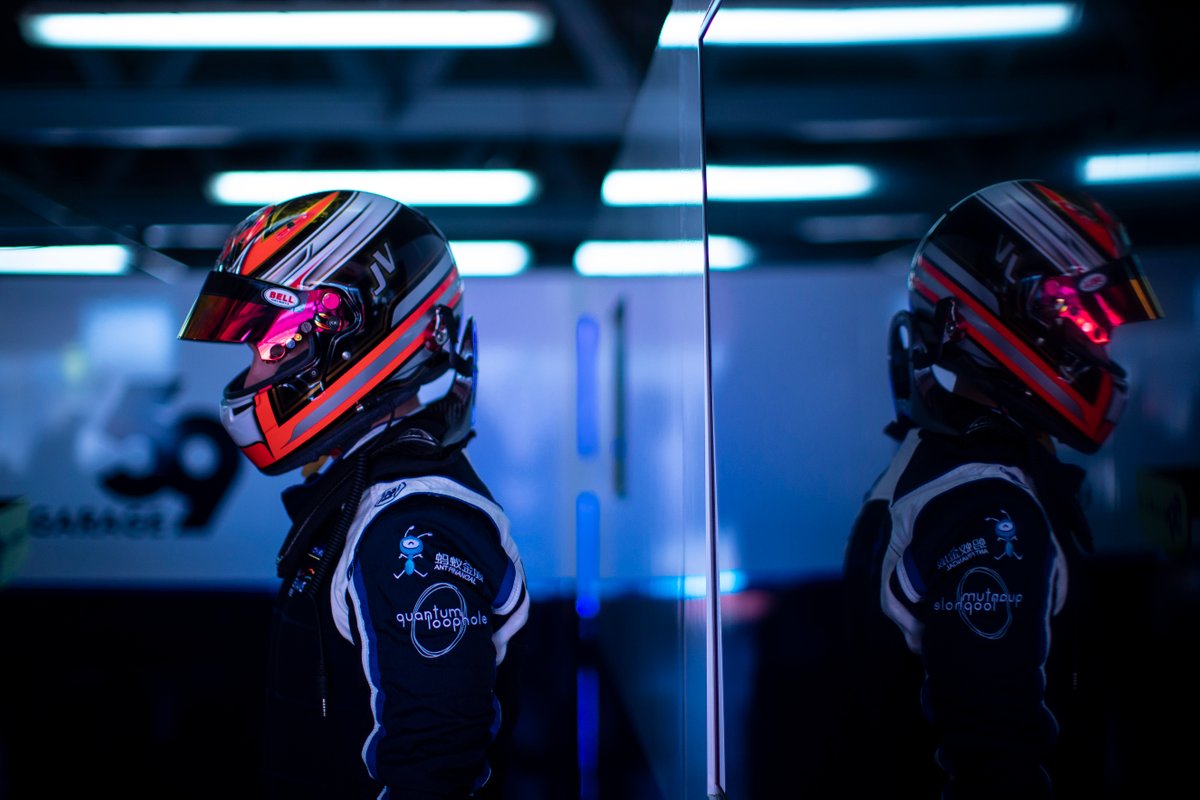 “For Lewis and George, it is the most natural thing in the world. Within one lap, or maybe two, they’ve started to find the boundaries of performance that would take mere mortals like ourselves days.

“And the appreciation for me? It’s more that I won’t ever be able to get to their level in 100 years. That’s the honest truth behind it.

“The fact that they’re able to do it within two laps of seeing it and, in a natural way where they can almost have a conversation; in the case of certainly George, has just made me realise how special they are!”

But while Vowles knows he is definitely not superstar driver material, he does hope his antics can help achieve one big target: racing at Le Mans.

“The reason for starting this journey was that’s where I’d like to end up,” he said. “I think it’s a dream for many. And it’s hard because I would be happy just to go there.

“Which is odd, because in my day-to-day life, everything I do, everything we do within Mercedes, is there to win. Fundamentally, that’s why we get up in the morning. That’s why we do the work we do.”