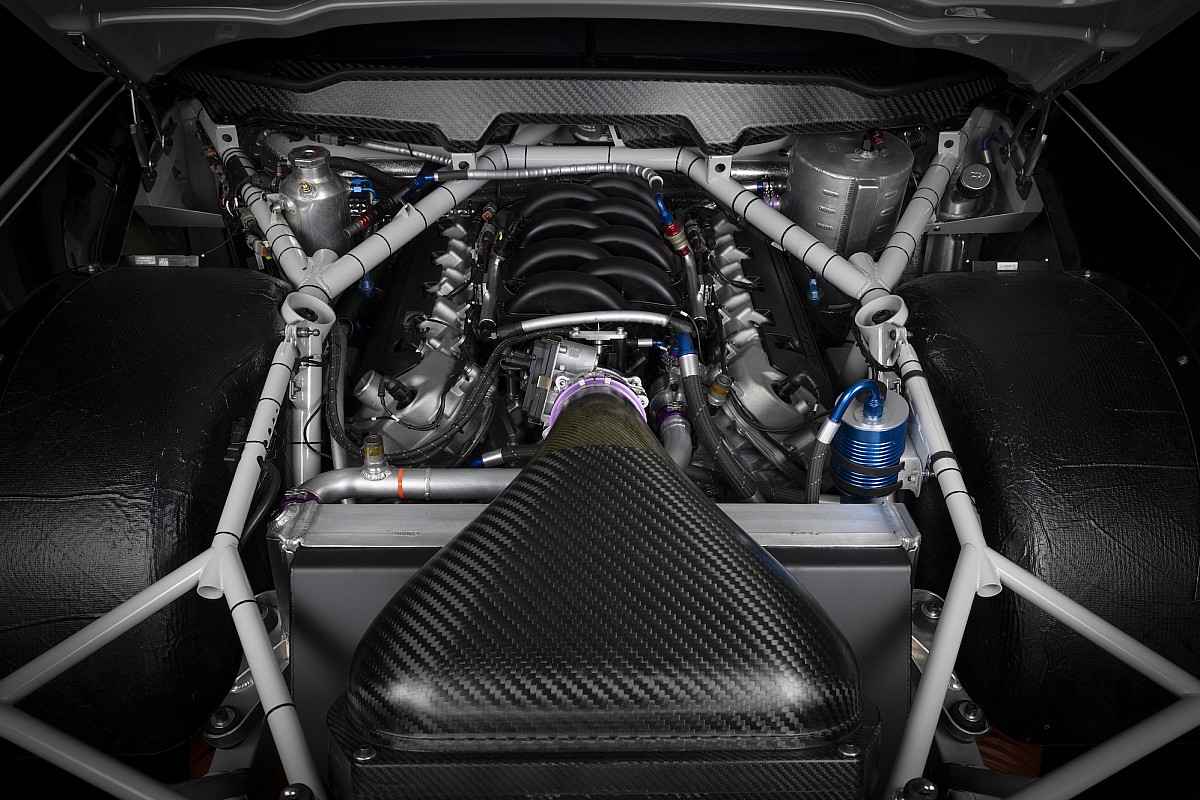 The next-gen cars will be powered by completely new engines that are more heavily based on production units than the current pushrod V8s. The new Ford is a 5.4-litre version of the quad cam Coyote, while the Chevrolet is a 5.7-litre pushrod motor.

There will also be a philosophy change when it comes to teams accessing motors. Until now there has been complete freedom on engine supply, with some teams running their own in-house engine programmes, while others use specialised builders.

However for Gen3 there are just two homologation engine builders – KRE for Chevrolet and Herrod Performance Engines for Ford.

KRE and HPE will then supply motors directly to Supercars, which will run every single unit on its own dyno before randomly allocating them to teams.

“There are only two engine builders and Supercars is going to randomly pick the engines, allocate them to the teams, and away they go,” explained Supercars Head of Motorsport Adrian Burgess.

“There won’t be anyone accusing either of the two engine homologation teams favouring their factory teams.

“We need to build all these engines, make sure they are all within a tolerance that we’re comfortable with, then we’ll randomly select where they go up and down the pitlane.”

Should teams feel there engine isn’t good enough, there will be an avenue to discuss with the builder and have the unit checked by Supercars. 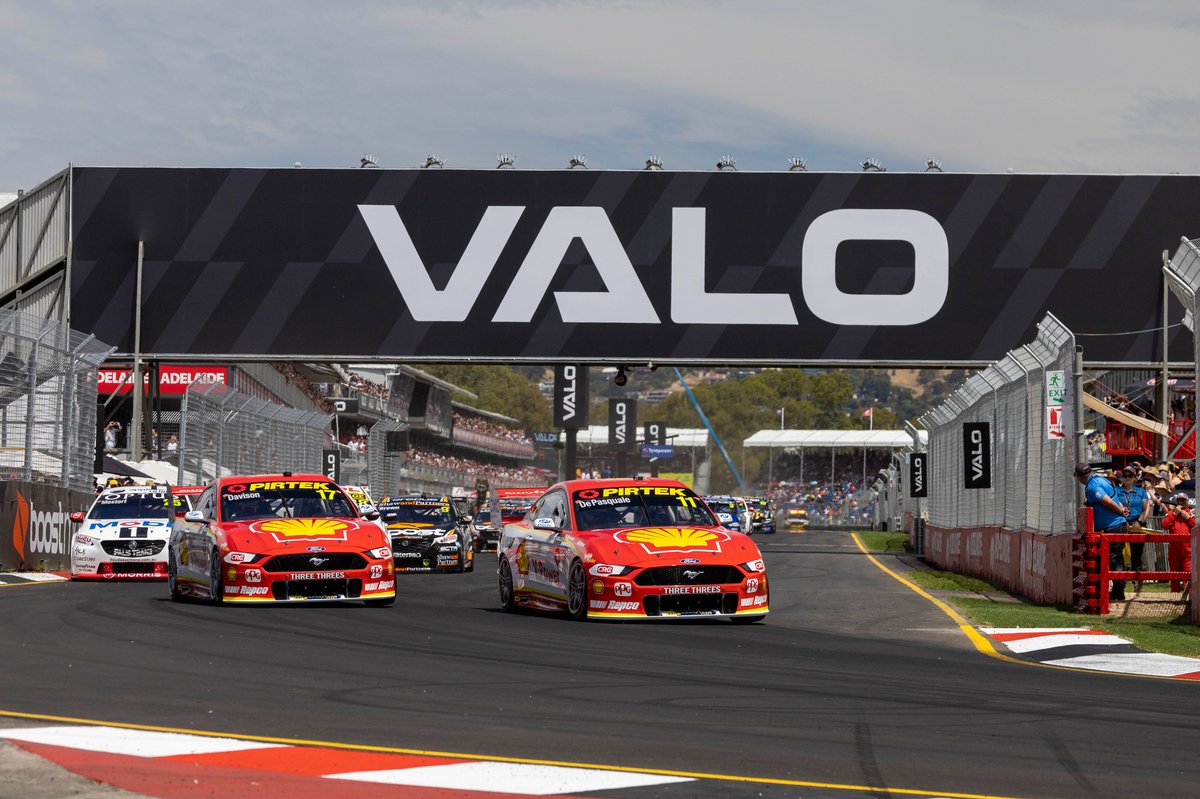 “If they feel that their engine has lost power they will talk to their engine builder and will agree or disagree that that’s the case,” Burgess explained.

“Then they’ll send it back to Supercars for us to check on our dyno. Our dyno is the ruler.”

Engines will also be randomly selected for checks, at least during next season, so Supercars can assess wear and tear.

“We will pluck engines randomly and check what their degradation is and give them back to them,” said Burgess.

“Because this is a learning process for the category and the engine builders.”

The motors are set to pump out around 50 horsepower less than the current units, which will leave them somewhere around the 600 horsepower mark.

Measuring and paritising the power has been part of a lengthy homologation process that has included both in-car and dyno work in Australia and extensive dyno work in the USA.

Supercars has had to alter how it measures Accumulated Engine Power as well, given it is now paritising two distinctly different motors in the overhead cam Ford and the pushrod Chevrolet.

“It’s roughly 50 horsepower less, but we’ve changed the way we measure it on the dyno because of the nature of the engines,” said Burgess. 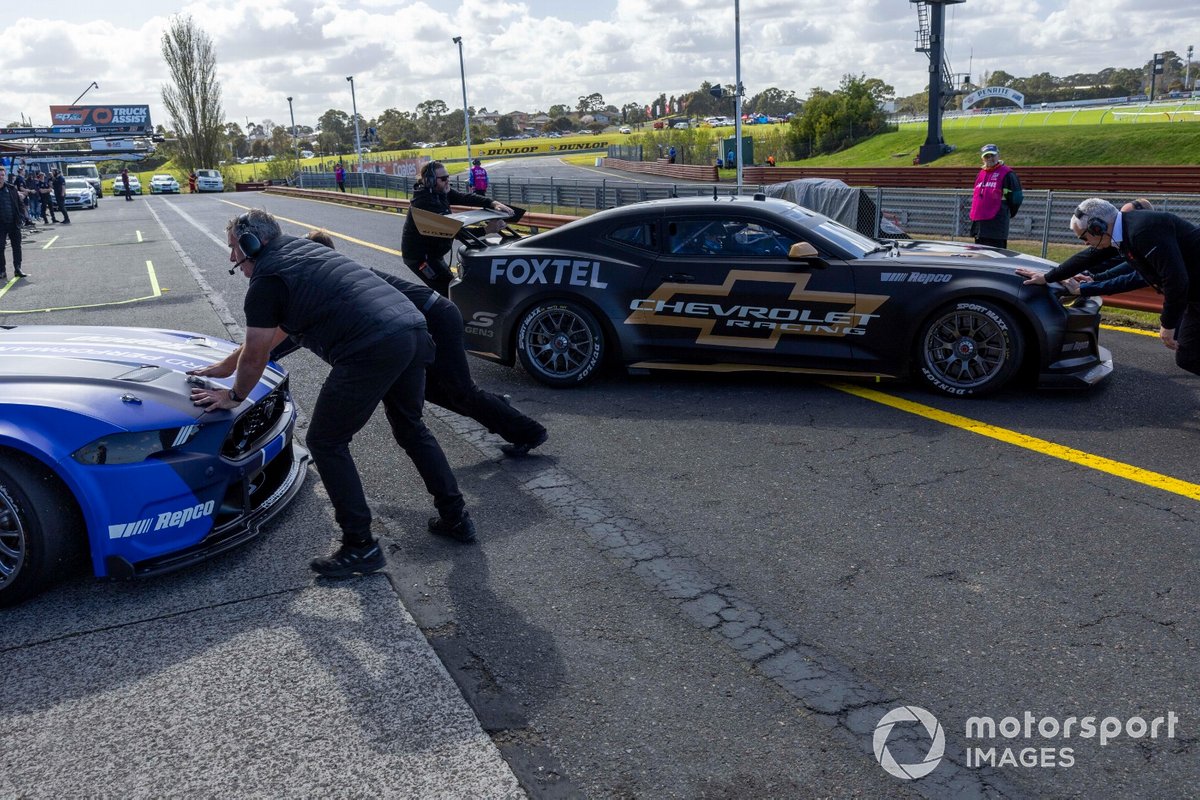 “There’s a lot more power low down. So we’ve broadened our AEP number.

“It sounds a lot bigger than our current number. But in effect it is 50 horsepower less. We just capture it over a much wider range. You need to with the different architectures of the two engines we’ve got now.”

Burgess added that he’s confident there will be parity between the motors based on the work that’s been completed, however final judgment will only come once there are more units in existence that can be tested.

“The engines, brand to brand, are incredibly close,” he said.

“But I can’t just rely on the prototypes, I need to see production engines. Five to 10 of each of these engines.”

Supercars is still working on the overall homologation of the Ford Mustang and Chevrolet Camaro, amid concerns from Ford over recent aero testing.

The Gen3 cars will debut at the season-opener in Newcastle next March.