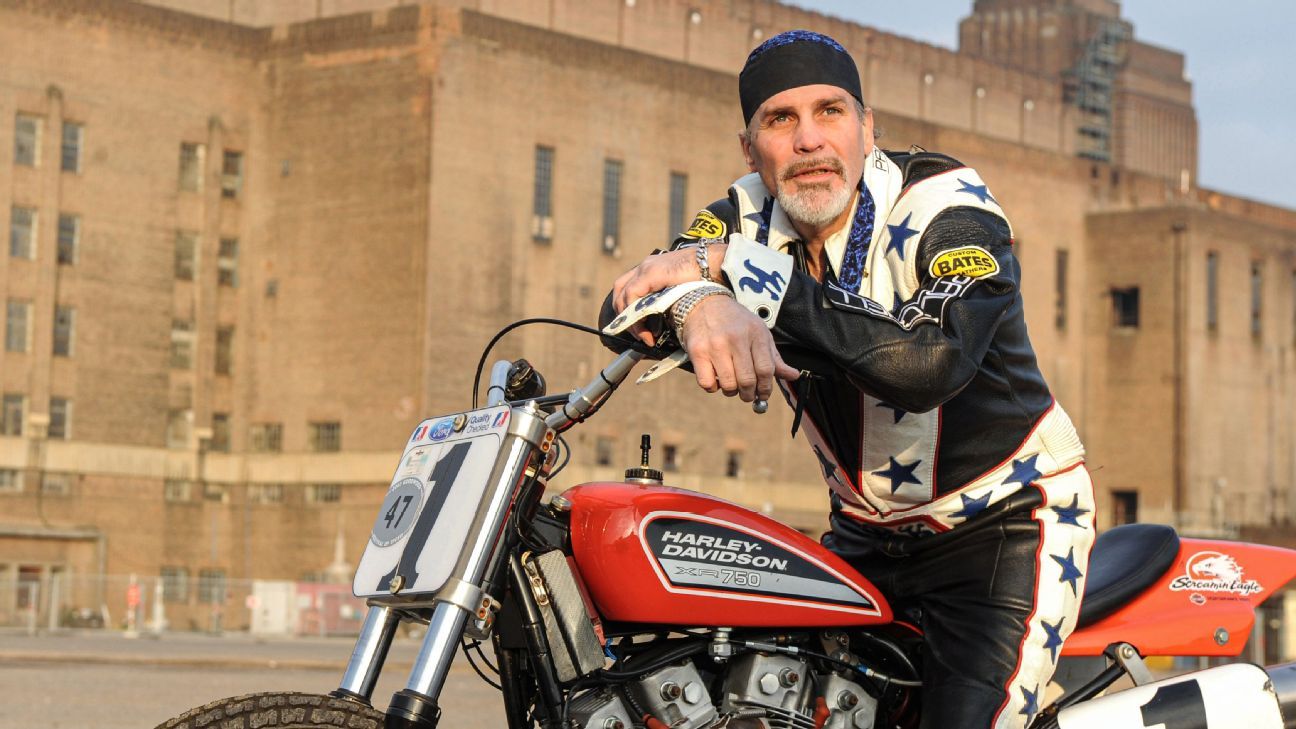 LAS VEGAS — Robbie Knievel, an American stunt performer who set records with daredevil motorcycle jumps following the tire tracks of his thrill-seeking father — including at Caesars Palace in Las Vegas in 1989 and a Grand Canyon chasm a decade later — has died in Nevada, his brother said. He was 60.

“Daredevils don’t live easy lives,” Kelly Knievel told The Associated Press. “He was a great daredevil. People don’t really understand how scary it is, what my brother did.”

As a boy, Robbie Knievel began on his bicycle to emulate his famous father, Evel Knievel, who died in 2007 in Clearwater, Florida.

But where Evel Knievel famously almost died from injuries when he crashed his Harley-Davidson during a jump over the Caesars Palace fountains in Las Vegas in 1967, Robbie completed the jump in 1989 using a specially designed Honda.

Robbie Knievel also made headline-grabbing Las Vegas Strip jumps over a row of limousines in 1998 at the Tropicana Hotel; between two buildings at the Jockey Club in 1999; and a New Year’s Eve jump amid fireworks in front of a volcano attraction at The Mirage on Dec. 31, 2008.

After a crash-landing to complete a motorcycle leap over a 220-foot (61-meter) chasm at an American Indian reservation outside Grand Canyon National Park in 1999, Robbie Knievel noted that his father always wanted to jump the spectacular natural landmark in Arizona, but never did. Robbie Knievel broke his leg in his crash.

Evel Knievel instead attempted to soar over a mile-wide Snake River Canyon chasm in Idaho in September 1974. His rocket-powered cycle crashed into the canyon while his escape parachute deployed.

Robbie Knievel’s brother recalled other stunts including a 2004 jump over a row of military aircraft on the deck of the aircraft carrier USS Intrepid, a museum in New York.

Robbie Knievel, who promoted himself as Kaptain Robbie Knievel, set several stunt records, but also failed in several attempts. In 1992, at age 29, he was injured when he crashed into the 22nd of 25 pickup trucks lined up across a 180-foot (55-meter) span in Cerritos, California.

“Injuries took quite a toll on him,” Kelly Knievel said Friday.

Kelly Knievel lives in Las Vegas. He said his brother died with three daughters at his side: Krysten Knievel Hansson of Chicago, Karmen Knievel of Missoula, Montana, and Maria Collins of Waldport, Oregon.

Services were not immediately scheduled, but Kelly Knievel said his brother will be buried with other family members in Butte, Montana.